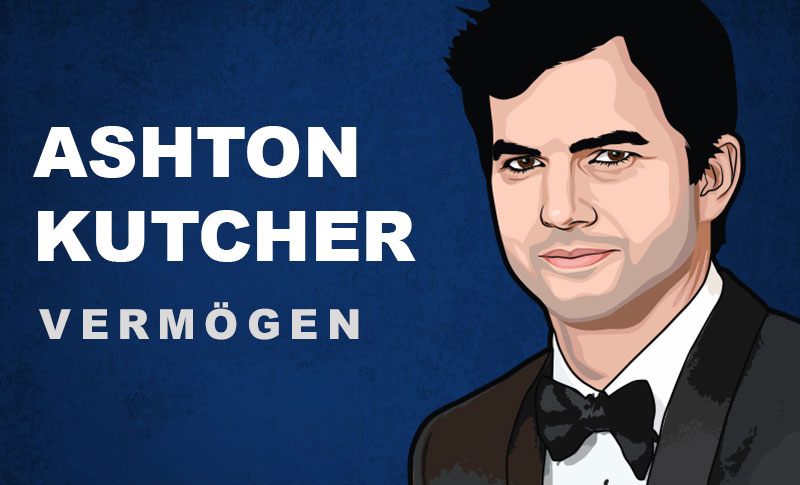 Ashton Kutcher is an American actor best known for the TV series ‘That ’70s Show’. In addition to a large number of leading roles, especially in comedies and romance films, he is also a successful entrepreneur and shaped the tabloid press primarily through his relationship with Demi Moore, actress and ex-wife of Bruce Willis, 16 years his senior. Ashton Kutcher is also considered a heartthrob and Hollywood today would be inconceivable without it.

Ashton Kutcher was born on February 7, 1978 in Cedar Rapids, Iowa, USA. He grew up here in simple, rural conditions and was brought up in a conservative and Catholic manner. Ashton Kutcher also has an older sister and a younger brother who was born with a heart condition, which greatly impacted the life of the family. Also due to the divorce of his parents, he had a difficult youth in which he struggled with suicidal thoughts. In addition, a number of burglaries at his school earned him three years of probation and 180 hours of community service. In 1997, Ashton Kutcher enrolled at the University of Iowa in biochemistry to find a heart medication for his seriously ill brother. Here he earned his living with odd jobs – including as a cleaner – and enjoyed student life to the fullest by celebrating many parties. One night he was spotted in a bar by a talent scout who got him to enter the ‘Fresh Faces of Iowa’ modeling contest. After actually winning it, he gave up his studies and moved to New York. Here Ashton Kutcher’s career began with numerous jobs as a photo model and for commercials for brands such as Tommy Hilfiger, Versace or Calvin Klein.

The highlights of Ashton Kutcher’s career include his roles in ‘That ’70s Show’ and ‘Two and a Half Men’. His portrayal of ‘Walden Schmidt’ alone earned him $700,000 per series and earned him the title of highest-paid sitcom actor. However, Ashton Kutcher has had to wait for major film awards so far.

Before his marriage to Demi Moore from 2005 to 2011, Ashton Kutcher dated Ashley Ellerin, who was stabbed to death by a serial killer in her apartment in 2001. Like his ex-wife Demi Moore, he also belongs to the Hollwood Kabbalah, a mystical teaching of Judaism. He is also involved in a number of technology companies such as Skype, Airbnb and Path and also works as a product developer for the computer manufacturer Lenovo. Ashton Kutcher also owns two restaurants in Los Angeles – the Dolce and the Geisha House. After all, he has been dating his ’70s Show’ co-star Mila Kunis since 2012, whom he married in 2015 and with whom he has two children.