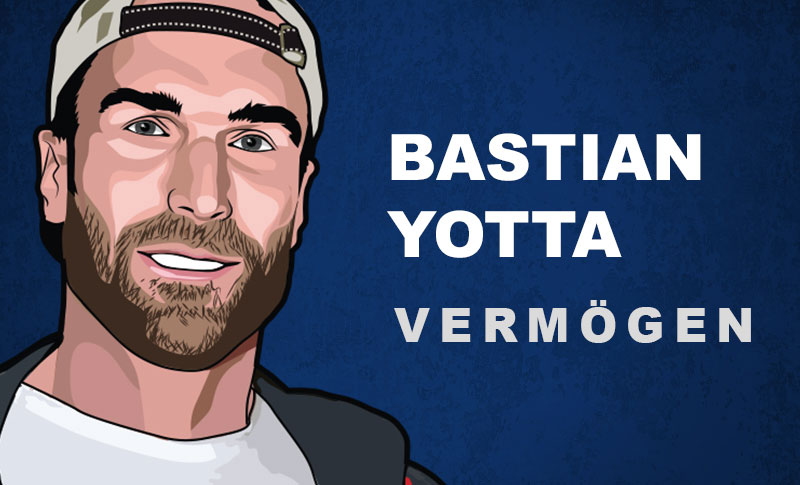 Bastian Yotta is a German entrepreneur and reality TV star, best known for his participation in the RTL jungle camp (“I’m a star – get me out of here!”) in 2019 and for flaunting his extravagant lifestyle. According to his own statements, he spends 100,000 euros per month on his lifestyle. In 2018 Yotta was arrested for tax evasion because he is said not to have fulfilled his tax obligations in the United States of America, where he has had his official residence for several years, nor in Germany.

Bastian Yotta was born on December 4, 1976 as Bastian Josef Gillmeier in Landshut, Bavaria. According to his own statements, he studied business administration, law and sports science and then worked as an insurance broker. At the early age of 21, Yotta married his childhood sweetheart. The marriage ended in divorce after only nine years. Bastian Yotta has two daughters with his ex-wife. The entrepreneur had little luck on the second attempt either: After less than five years, the marriage ended with wife number 2.

Before Bastian Yotta became known to the general public, he ran beauty studios and founded the company GiBaCon together with his partner at the time, Maria Hering. In 2015, under his real name Bastian Gillmeier, he published the book “MindSlimming: The Revolutionary Method for Weight Loss”, which presents his concept for losing weight. The aim is to trim the body for weight reduction through targeted training of the subconscious. According to his own statement, this method is said to have helped the author, who used to be chubby himself, to lose weight.

In 2014, Bastian Yotta moved to Los Angeles together with his then girlfriend Maria. “The Yottas” let their followers participate in their extravagant lifestyle in the Hollywood Hills via Instagram. Thrift and modesty were not part of the ideas of the two Germans: luxury, pomp and showiness shaped the everyday life of Bastian and Maria. This is how the lifestyle magazine of the broadcaster ProSieben became aware of the Yottas: in 2015 the weekly series “The fabulous Life of Yottas” was released. The following year, the couple received “Yottas! Full throttle through America!” its own four-part documentary series, also on ProSieben.

After the couple announced their separation in 2016, Bastian Yotta took part in the RTL dating show “Adam sucht Eva – Celebrities in Paradise” in 2017, a format in which more or less well-known German personalities face each other naked on a lonely island. Yotta got to know and love reality TV starlet Natalia Osaka. The two emerged victorious from the format and left the show as a couple. However, the love was short-lived: just a few weeks later, Yotta and Osada announced the end of their relationship. Yotta’s second book “The Yotta Bible” was published in 2018, in which the entrepreneur gives his readers tips on financial independence and tells about his career “from homeless to Hollywood”.

In 2019, Bastian Yotta pulled the RTL format “I’m a star – get me out of here!” as a candidate in the jungle camp. There he attracted attention mainly through his extraordinary attempts to motivate his fellow candidates in jungle tests. He finished fifth.

The media kept saying that Bastian Yotta was broke. Not least because the entrepreneur was arrested at Frankfurt Airport in 2018 for tax evasion. He is said to owe a German bank 300,000 euros and allegedly defrauded a couple of 1.6 million euros. Yotta himself rejected the allegations.

Bastian Yotta trades the GlobalSkin, MindSlimming and GiBaCon brands under the Yotta Life brand. With GlobalSkin, he sells beauty devices that are used in 25 beauty studios that he helped set up. MindSlimming refers to a method for losing weight that Yotta markets in a book, among other things. Behind GiBaCon is a technology for artificial intelligence that is intended to digitally support seniors. A few years ago, Yotta claimed that the software would bring him millions in a few years.

“Yotta means mega of everything”

Yotta’s tips for success are strongly reminiscent of the mottos of other personalities and the well-known motivational sayings from Instagram and Co. He preaches, for example: “The sky is not the limit” and “It’s better to die upright than live kneeling”. In his book “The Yotta Bible” he throws around wisdom like “By the way, each of us writes the screenplay of his life, but most of them stupidly pass the pen on to someone else”.