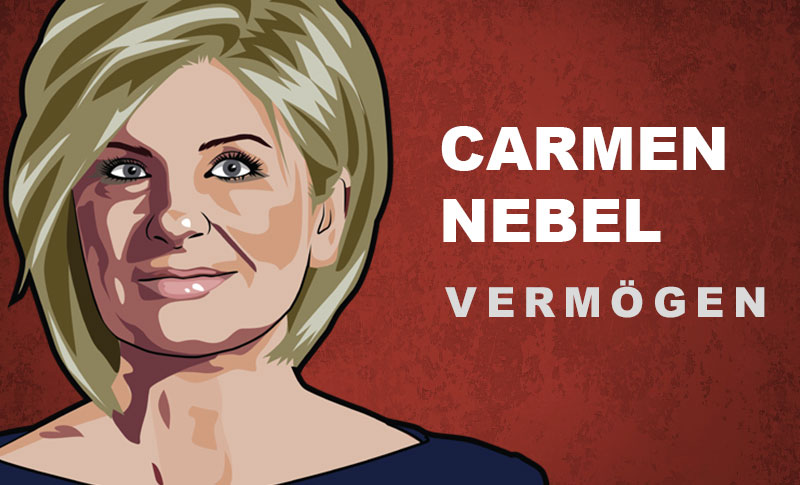 Carmen Nebel was born in Grimma in 1956. After starting out as an announcer on East German state television in 1984, she quickly became a crowd favorite with her first television show, “Sprungbrett”, in which she presented young talent from East Germany. In 1989 she also received the “Fernsehliebling” for this program, a viewer award for various television programs in the GDR, which was awarded from 1963 to 1989.

Carmen Nebel first graduated from the advanced secondary school in Grimma, one of the most traditional schools in Saxony. It was founded in 1550 by Duke Moritz von Sachsen under the name “St. Augustinsgymnasium zu Grimma”, which it still supports today.

She then studied German, English and pedagogy at the Humboldt University in Berlin and, after successfully completing her studies, worked as a teacher for German and English. In 1979 she entered a talent show and then began her part-time career as an announcer on state television. In 1984 she finally gave up her teaching job and devoted herself exclusively to her television career.

After reunification, she moderated various music programs on the stations “Das Erste”, “Mitteldeutscher Rundfunk” and “Norddeutscher Rundfunk”. Carmen Nebel finally became known throughout Germany in 1992 with the preliminary decision for the Grand Prix Eurovision de la Chanson (Eurovision Song Contest), entitled “Ein Lied für Malmö”, which she moderated in the Stadthalle in Magdeburg.

The next step up the career ladder followed with the Grand Prix Eurovision de la Chanson, when she was spokeswoman for the German jury at the 38th Eurovision Song Contest in Ireland in 1993. After this performance, she finally arrived in the world of musical entertainment shows. Between 1994 and 2003 she moderated a total of 46 editions of the show “Die Feste der Volksmusik” before Florian Silbereisen replaced her in 2004.

From 2004 to 2019 she moderated her own program on ZDF entitled “Welcome to Carmen Nebel”, where she talked to various guests from different music genres, especially hits and pop music.

In addition, she moderates various broadcast formats, such as the special program “Every year again – Christmas with the Federal President” from 2004 to 2011 and from 2012 “Christmas with Carmen Nebel”.

Social commitment is also close to the heart of the Saxon, so since 2006 she has regularly presented the show “Die schönste Weihnachts-Hits”, which collects donations for the humanitarian aid organizations Misereor and Brot für die Welt.

Her life’s work is undoubtedly the benefit fundraising gala “Welcome to Carmen Nebel”, which has been broadcast on ZDF since 2008. On the one hand, viewers are informed about the fight against the widespread disease cancer and early detection examinations, on the other hand, donations are collected for the German Cancer Aid. In autumn 2019, for example, around 2.8 million euros in donations were collected.

In total, over 35 million euros have been collected for the fight against cancer with the help of the Carmen Nebel fundraising gala in recent years.

The German Cancer Aid once announced that since 2008, Carmen Nebel and her viewers have been “very reliable donors and outstanding collaborators in the fight against cancer”.

In addition to her social commitments, Carmen Nebel has also been the producer of her own company “TeeVee Produktions GmbH” in Berlin since 2003, which also produces her hit show “Welcome to Carmen Nebel”.

Carmen Nebel loves to look at the world from a child’s point of view. She prefers the young people’s open, untransfigured view of life.

Here’s how one of her most famous quotes refers to it:
“Children don’t brood – they just live. Children have no prejudices and an eye for detail. Their curiosity and enthusiasm is contagious, they just enjoy life.”

Another quote from the presenter relates to her passion for music, which she has been conveying in her programs for over 30 years:
“Music is the most beautiful language!”

Anyone who knows Carmen Nebel’s commitment in the fight against cancer is not surprised that the moderator is also open to social work in other areas.

The moderator has already received various awards for her social commitment, such as the “golden pea” or the “golden hen” in the “charity” category.