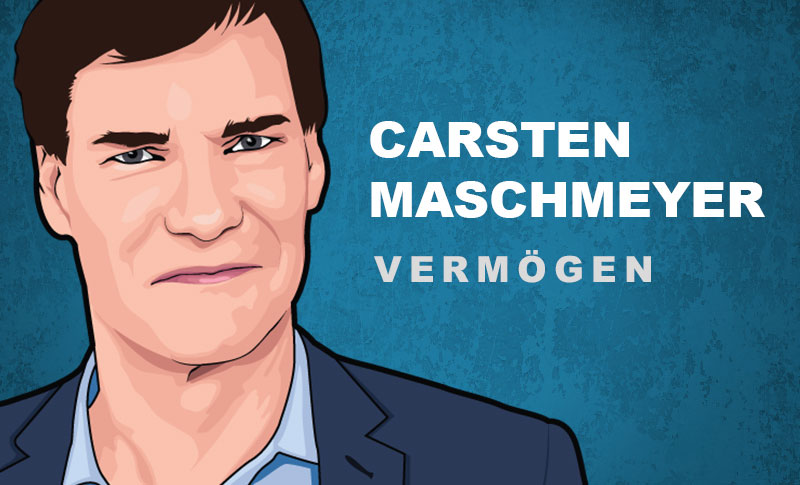 Carsten Maschmeyer is a financial entrepreneur and author from Germany and a juror for the TV show “Die Höhle der Löwen”. He is the founder and owner of the Maschmeyer Group and invests in various industries.

Carsten Jens Maschmeyer was born in Bremen in 1959 and grew up in humble circumstances in Hildesheim. As a teenager he was district youth champion in middle and long-distance running. In 1978 he completed his Abitur and enlisted as a soldier in the Bundeswehr for two years. There he worked as a reserve officer in the medical service. In order to be able to finance his subsequent medical studies in Hanover, he worked at the same time as his studies in sales at the financial consulting company OVB Vermögensberatung before devoting himself full-time to financial consulting in 1982.

At OVB Vermögensberatung, he rose to the position of regional director at a very young age. He worked for OVB until 1987. In 1988, Carsten Maschmeyer established an independent financial consultancy for private households by investing 900,000 DM in the AWD (Allgemeiner Wirtschaftsdienst) financial group. The company’s goal was to advise and act independently of banks and insurance companies. He took over the majority and the management of the company. AWD successfully entered the stock market in 2000. The issue price was EUR 54 per share, generating proceeds of around EUR 500 million. The company rose in the M-DAX and expanded into eleven countries. His company grew rapidly and became Europe’s largest independent financial advisory service. The company was active in Austria, Switzerland, Great Britain and Central and Eastern Europe, among other places. In 2007, Swiss Life, the largest Swiss life insurer, bought the entire company for CHF 1.9 billion. During the takeover, the Maschmeyer family also sold their shares in Swiss Life. Maschmeyer became Co-CEO of Swiss Life from 2008. In 2009, Maschmeyer left the Board of Management of AWD and moved to the Board of Directors of Swiss Life until 2001. In 2010, the entrepreneur founded MaschmeyerRürup AG together with the former economist Bert Rürup, which advised insurance companies, banks and governments on old-age and health care. In 2013 Rürüp left and the company was liquidated. With his Alternative Strategic Investments GmbH (Alstin) he invests in companies from various industries. With his seed&speed ventures fund, he supports early-stage investments. All of Carsten Maschmeyer’s activities are suspended under the Maschmeyer Group. Maschmeyer currently has significant stakes in a variety of companies including HMNC Brain Health, nu3, Blacklane, barzahlen, orderbird, pflege.de, crealytics and Mobile Event Guide. Maschmeyer is an honorary senator at Leibniz Universität Hannover and a freelance lecturer at the International School of Management in Munich. Maschmeyer finances scholarships at both institutions.

In a recent study of Germany’s fastest-growing startups, his private equity fund is the only one in the top 10 to have invested in two companies. Maschmeyer ranks 112th in the list of the 500 richest Germans. Maschmeyer has been one of the jurors and investors since the third season of the VOX television show “Die Höhle der Löwen” in 2016. In 2012, Maschmeyer brought his book “Selfmade – Successful Living” to the German book market. In 2016 his second book “The Millionaire Formula – The Way to Financial Independence” followed.

“For me there are no good companies, only good entrepreneurs. If you have the right ideas, you will find the right solutions even when there are problems.”

“You don’t have to be perfect, just doing the right things right is enough.”

“We make most of our progress through the experiences that teach us to go backwards.”