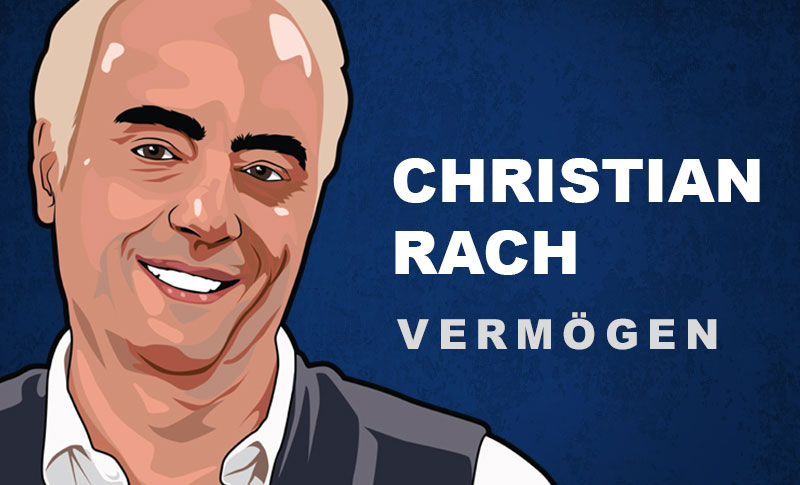 Christian Rach is a German TV chef and cookbook author who gained national fame with his TV show “Rach der Restauranttester” on RTL. Rach currently lives in Hamburg and is extremely committed to volunteering. Among other things, he works in cooperation with the WWF against food waste and is active as an ambassador for the children’s hospice in Central Germany, which is committed to terminally ill children and their families.

Christian Rach was born in St. Ingbert in Saarland in 1957 as the son of an electrical engineer and a housewife. He grew up in the place where he was born and, after graduating from high school, moved to the city of Hamburg to study philosophy and mathematics from 1978 to 1983. During his studies, Rach worked part-time as a waiter. During his part-time job, he discovered his passion for cooking. From that point on, he worked as a chef alongside his studies at the Strandhof with Uwe Witzke. He broke off his studies shortly before his exams because he received a job offer as a chef in a French star restaurant. In 1983, Rach worked in Grenoble with Philippe Boissou and the following year as sous-chef at Korso in Vienna. The latter job gave Rach interesting insights into creative, classic cuisine.

In 2005, Rach appeared on television for the first time in the RTL show “In Teufels Küche”. There he managed a crew of celebrities with whom he cooked.

Between 1997 and 2001, Rach ran the Lucifer snack bar and the Engel restaurant, which is what made it so popular today. However, the restaurant “Darling Harbour”, which he also opened in 2001, had to close again after three years. According to Rach, the modern concept was not accepted as hoped, resulting in customers staying away.

In 2005, his best-known RTL program “Rach der Restauranttester” started, in which he helped restaurants out of emergency situations by giving them tips and assistance with regard to corporate management and food preparation. In 2017, some new episodes of the show appeared before it was discontinued. The TV format was awarded the Bavarian Television Prize in 2009 and the German Television Prize for best docutainment in 2010, as well as the Golden Camera. In the same year, Christian Rach also received the 2010 media prize for medium-sized German companies from the “markt intern” publishing group. In addition, thanks to his various restaurants, he was awarded three toques in the Bertelsmann Guide and four spoons in the Schlemmer Atlas

In 2009, together with a business partner, Christian Rach took over the restaurant “Das kleine rote” in Hamburg’s Bahrenfeld district and turned it into a luxurious steakhouse called “Rach & Ritchy”. Despite the great success of the restaurant, it will close at the end of the year due to a lack of staff.

“We live in a yes-but society
-Christian Rach

“Out of the bag or can: Then it usually goes in the pants.”
-Christian Rach

Rach accidentally saved a woman’s life a few years ago. When he heard a woman screaming while walking his dog in the Sternenschanzen Park, he investigated the matter. Finding a bloodied woman lying on the ground who was being repeatedly kicked by an unidentified man, Rach routed the attacker with his leash and his dog, who stood in front of the attacker, snarling. Rach then drove the seriously injured woman to the hospital himself and was thus able to prevent worse.