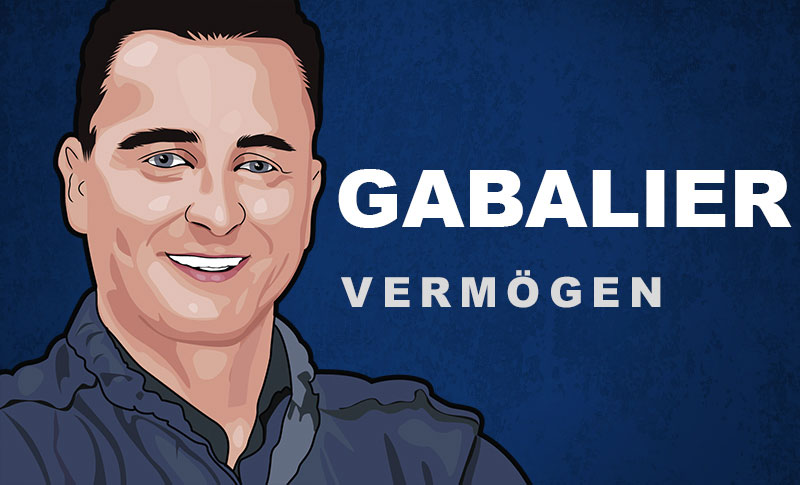 The mountains mean everything to him. He climbs “up” to stay “down”, with both feet on the ground, and to remind himself that there is more to success: family, friendships, home. He likes washing and ironing, but he also likes fast cars and Arnold Schwarzenegger, with whom he occasionally goes for a drink. We’re talking about Andreas Gabalier, a well-trained all-round musician who never imagined that he would become famous so quickly in Austria and beyond.

Andreas Georg Gabalier was born in 1984 on an expressway near Friesach, Carinthia. The parents were out in the car. He is not the only child, mother Huberta and father Wilhelm already have a son. Two more children, a boy and a girl, are to follow.

According to Gabalier’s early years, they have parallels to “Heidi”. He actually lives with his mother and father in Graz, Styria, where he takes piano, recorder and even ballet lessons. On the weekends, however, he visits his grandparents in the country, where he plays with his cousins, drives a tractor and milks cows. The grandparents talk about the war and convey a traditional, little emancipated image of women. But he also learns what solidarity and modesty means.

Gabalier seems to be a little dreamer. During his time in the military he wrote poetry. The following law studies he only starts because of the beautiful girls – and then stops again. Instead, he discovers his passion for music. Over the years he has written song lyrics and mixed his compositions on his home computer, produced CDs in a small basement studio and used the internet for self-marketing.

Then, in 2006, something happened that no one in the Gabalier household expected: Father Wilhelm took his own life in a terrible way. In 2008, Gabalier’s younger sister also committed suicide. The later hit “Amoi seg ma uns wieder” is dedicated to the loved ones Gabalier lost, a song that always provides sentimental, quiet moments in his concerts.

In 2008 he made his way to ORF, the Austrian TV and radio station, where he presented two of his self-composed songs. Then everything goes very quickly. In the spring of 2009, Andy Borg invited him to the Musikantenstadl – Gabalier’s first major television appearance, back then he was still very well-behaved without gel hair. This is followed by an appearance at the preliminary round of the Grand Prix of Folk Music. Gabalier doesn’t make it to first place, but his career is still rolling. His first published album “Da komm ich her” immediately positioned itself at number 4 in the Austrian hit parade and was soon rewarded with gold and platinum in the German-speaking world. His mix of rock and folksy, accompanied by accordion and electric guitar, is popular and shapes a genre that hasn’t even existed before.

In the years that followed, Gabalier released two more albums: “Herzwerk” and “Volks-Rock’n’Roller”. These, too, become box-office hits and long-running hits. “Herzwerk” has stayed in the Austrian top ten for so long that it threatens to break Michael Jackson’s “Thriller” record. But that’s not all. Gabalier is one of the very few artists who managed to position three albums – all of them released to date – at the same time at the top of the Austrian hit parade.

In 2011, Gabalier appeared in the show “Welcome to Carmen Nebel”. A year later, he manages to become even better known and more successful: his participation in the music show “Sing mein Song”, in which famous musicians perform and reinterpret the songs of other artists, increases his fan base even more and arouses the interest of those who so far have not been able to relate to his style of music.

Things aren’t bad in love either. Gabalier has been in a relationship with Silvia Schneider, an Austrian moderator, since 2013. And the professional success does not stop. Even if he is now familiar with big stages, Gabalier now often plays in stadiums in front of up to 80,000 concertgoers. In 2017 and 2018 even at the Hockenheimring. Gabalier performs wherever a hearty atmosphere is desired. And he’s becoming more and more his own trademark: pomade in his hair, lederhosen and a huge, deformed hazelnut bush as a microphone stand. In addition, a lascivious swing of the hips and the Styrian dialect. Gabalier is the Presley of the mountains, who now also advertises buttermilk and thus replaces the brand’s previous advertising face: Annemarie Wendl, the famous Else Kling from Lindenstrasse.

Thanks to the more than 2 million records sold, Gabalier can call dozens of awards his own: seven Austrian Amadeus Austrian Music Awards, four Echos, the Bambi and countless gold and platinum records, to name just a few awards.

A special highlight for him was the year 2016 when he gave a concert in Vienna for the coveted format “MTV Unplugged”. Usually only international superstars perform there. There are few German-speaking artists who have received this honor. Gabalier thus joins the ranks of Grönemeyer, Westernhagen and the Toten Hosen.

Gabalier sings and says what he thinks. He himself admits to being quite direct in this regard: “If something bothers you, then out with it!” is his motto. This does not mean that he is not tolerant: “Everyone should have an opinion and represent it. It’s normal to offend with a statement.” On the subject of criticism, he says: “My deerskin is thick, the lederhosen can withstand it.”

Despite his popularity, Gabalier keeps getting caught in the crossfire. The album “Volks-Rock’n’Roller” released in 2011 comes with a strange record cover: Gabalier balancing on a mountain peak, his arms and legs strangely bent and dislocated, as if he wanted to run somewhere. Critics think they see a swastika in this stance. A secret fascist message?

Gabalier has commented several times on the allegations, which he describes as “incomprehensible”. Envious people would “invent things that aren’t there.” Nevertheless, there are terms lurking in his lyrics that are reminiscent of former soldiers’ songs. And his view of the world and of women stopped somewhere in the 50s in his grandmother’s kitchen and doesn’t exactly look contemporary.

Gabalier is definitely in favor of women’s rights and tolerance towards minorities. He doesn’t give a damn what other people do, he clearly expresses. And he’s good at dealing with criticism. But it’s not that simple after all. The director of the Wiener Konzerthaus said a few years ago that he would not let Gabalier on his stage – with the result that various agencies canceled Gabalier’s performances. Gabalier took legal action against it, but without success due to the freedom of expression he himself propagated.

But he certainly doesn’t have to worry about his career. It was not until 2018 that he was honored in Austria with the publication of eight commemorative stamps. And he was allowed to sing the “Heidi” song again. So that even those who don’t know him know who he is.