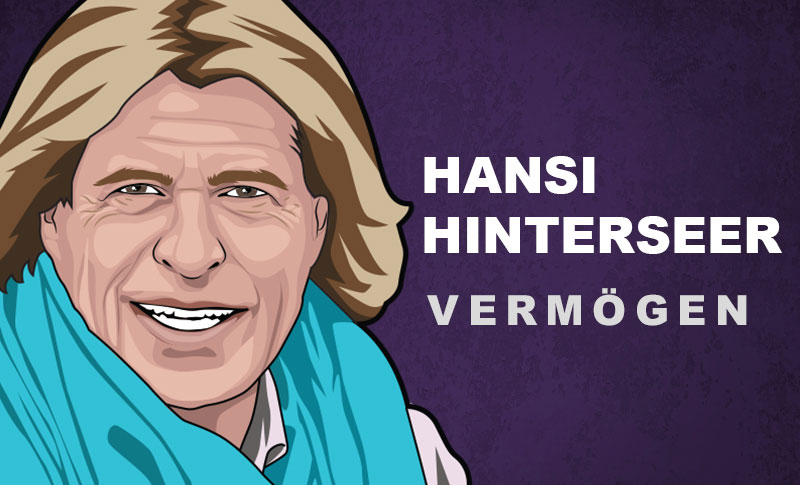 Johann Ernst “Hansi” Hinterseer is one of those people who have had two successful careers in their lives. At first, the Austrian was a very successful ski racer at world class level. After the end of his sporting triumphs, he switched to music and has since been very successful as a folk music singer, presenter and actor.

Hinterseer was born in 1954 in the Austrian mountains, in beautiful Kitzbühel. Skiing quickly became an important factor in young Hansi’s life. He had to partially cover his way to school on skis. His father Ernst had also become Olympic champion in slalom in 1960 and pushed the sporting education of young Hansi. He showed talent and quickly ended up in the Austrian squad for the national ski team. In 1971 he debuted in the World Cup at the highest international level of alpine skiing. A brilliant technician, he quickly specialized in giant slalom. At the age of 19 he won his first World Cup race in Canada.

Hinterseer’s sporting career was short but intense: After the first victory in a World Cup race, further successes quickly followed. In January 1974, he was particularly proud of the top place on the podium in the World Cup slalom in his hometown of Kitzbühel. At the same time he also won the silver medal at the 1974 World Championships in St. Moritz. He was beaten in the giant slalom only by the Italian Gustav Thöni. His good racing successes also brought Hinterseer third place in the overall World Cup in the 1973/74 season, making him one of the top 3 skiers in the world. In his favorite discipline, the giant slalom, Hinterseer was already able to win the Ski World Cup in 1972/73. After these early successes, the Kitzbühler’s career faltered a bit. His poor performance at the 1976 Winter Olympics in Innsbruck in front of his home crowd was particularly dramatic. He was no longer able to match the results of his early days and announced the end of his amateur career in 1978 at the age of only 24.

With podium places in the World Cup and at the World Championships, Hinterseer was one of the most successful skiers in the world for many years. After the end of his amateur career, he tried his hand at professional ski racing for a few more years and had some great successes in alpine downhill skiing, which he had previously disliked: in 1982 and 1983 he even became a professional downhill world champion.

When Hinterseer also unbuckled his skis in the professional league, a completely new career began for him. The music producer Jack White discovered Hinterseer’s talent as a singer and formed a folk music and pop star from Hinterseer’s history as a ski racer, his mountain home and the musical singing quality. Hinterseer’s career in the musical world began with a performance in Karl Moik’s legendary Musikantenstadl. A recording contract with the major label BMG ensured the first long-play album “If you love yourself” that climbed very high in the folk music charts, especially in Austria, but also in Germany and Switzerland. His second album “Traum mit mir” was also very successful. In the following years, Hinterseer’s TV presence increased and he was a permanent guest in almost all TV formats of folk music and hits. In the late 90s and early 2000s he won the coveted “Crown of Folk Music” six times. His own commitment as a moderator earned him the “Golden Romy” award. 30 gold and platinum awards for his musical recordings are a clear sign of his success. There are few people who can display both sporting and musical accolades in their trophy cabinet. Acting developed as a further mainstay in Hinterseer’s career: Between 1996 and 2012 the Austrian played in almost a dozen homeland films. In addition to Germany, Austria and Switzerland, Hinterseer was and is also very successful in Denmark and has been able to achieve some top positions in the Danish music charts.

Hansi Hinterseer has always been known to be very straightforward and honest throughout his career – both in the sporting and musical fields – and has always fully committed himself to the things he embodies. In an interview, he named “being decent with people, being honest and standing behind what you do 100%” as the most valuable thing he was taught by his family and environment.

Hansi Hinterseer’s double career is almost unique in the sports and media world and shows the extraordinary talent and versatility of the Kitzbühler. While he was almost born to ski, his singing came more by accident when Jack White spotted him at his own birthday party. Hansi Hinterseer’s career is an impressive example of the fact that the reasons for success are always a combination of talent, genes, education and luck. Hinterseer caused a real surprise in 2018 when he publicly admitted that he couldn’t read music at all. Hinterseer is known as a family man, enjoys his success in private and has published a number of books, including a collection of fairy tales, with which he hopes to stimulate children’s imaginations.