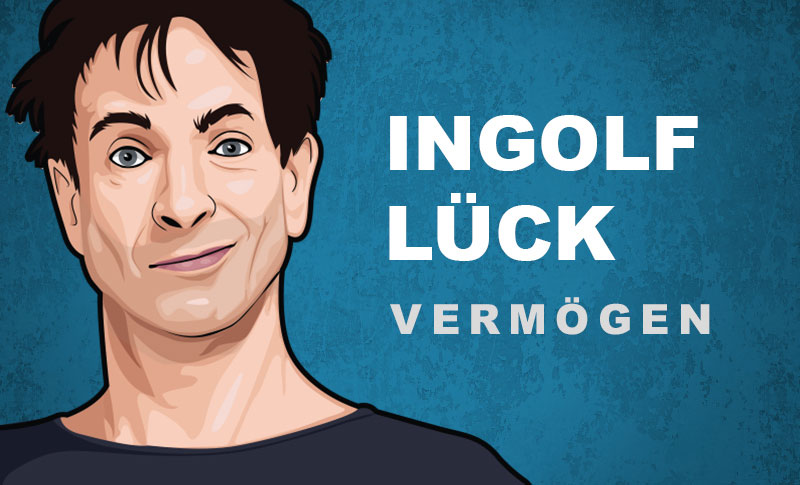 Ingolf Lück was born under his birth name Ingolf Guenter Lück on April 26, 1958 in Bielefeld.

After graduating from high school in Bielefeld in 1987, Lück began studying German, philosophy and education, which he also completed. In addition to his studies, Lück played pieces such as “Der Klassenfeind von Nigel Williams” or “And they handcuffed the flowers” ​​by Fernando Arrabal at the FRAPP Theater alongside Fritz Tietz and Andreas Liebold. Together with Andreas Liebold, they founded a circus theater program for children, which they named “Zick-Zack-Theaterbande”. In 1982 Lück founded “Das Totale Theater”, a rock theater with which he played from 1984 to 1985 in the Sprungbrett-Theater in Cologne. His fellow actors there included Hape Kerkeling, who was still unknown at the time. This was followed by engagements at the Schauspiel Bonn, Düsseldorfer Schauspielhaus and Hamburger Schauspielhaus. Ingolf Lück was discovered while working in the Springboard Theater. He then got the offer to moderate for the music video show Formula One on ARD, which he accepted. Lück moderated the program from January to December 1985.

During his time at Formula One, Ingolf Lück played a role in the film of the same name. After retiring from Formula One as a presenter, he starred in 1986’s Peng! You’re dead!.”, a hacker comedy. This was followed by several television productions such as “Pack the toothbrush in”, “Lücks Sketchsalat” and “Pssst …” together with Harald Schmidt. Ingolf Lück increasingly made a name for himself on television and also attracted more attention with his moderation assignments. From 1990 to 1992 he moderated the “travel game show 10 oder geh’n” on ZDF.

Some time later, Ingolf Lück switched to the ProSieben broadcaster, where he moderated shows such as “FreiSpruch – Die Comedy-Jury” and played the leading role in the comedy series “Das Büro”. Lück was also a main actor in the sitcom “Der Doc” on Sat.1. The entertainer was also often seen on Kabel Eins: among other things, he moderated the season production “Dart man das?” there in 2006. and “Experiment Incognito”.

After seven years of television, Ingolf Lück returned to the theater stage in 2002. Lück has also worked as a director several times. Among other things, he directed the Canadian play “Traumfrau Mutter” in 2003, which celebrated its success in the cities of Munich, Berlin, Hamburg, Switzerland and Austria. In addition, Lück played in the musical “Beauty and the Beast” in 2005, in which he played the role of the candlestick “Lumiere”.

Over the years, other programs, shows, films and etc. followed in which Ingolf Lück took part. Among other things, he moderated “Laughing is fun” and “Lucky Lück” and had a guest appearance on “Schillerstraße”.

Ingolf Lück achieved his breakthrough with the “Wochenshow”, in which he was an anchorman on Sat.1 from 1996 to 2002. He starred in many more sketches, establishing his skills as an actor and comedian.

Another highlight of his career followed with the success of his solo play “Caveman”. As far as his career is concerned, especially on television, Ingolf Lück managed to gain notoriety through several assignments as a presenter of programs for the Sat.1 and ProSieben broadcaster families.

According to his own statement, Lück’s victory in the RTL dance show “Let’s Dance” represents another milestone in his career. Together with dancer Ekaterina Leonova, he won the show in 2018.

Over the years, Ingolf Lück has received several awards to honor his achievements. For his successful show “Die Wochenshow” Lück was honored in 1999 with the Deutschne Comedypreis in the category “Best Comedy Show” and the Romy Best Program Idea as well as with Die Spitze Feder in 2000. In 2014, the Honorary Award of the German Comedy Award followed as another highlight of Ingolf Lück’s career.

“You know how you can tell your wife is cheating? When she suddenly looks happier than your lover!” – This is one of many funny sayings that Ingolf Lück has uttered in his shows, sketches and interviews over the course of his career.

The amazing fact is that Ingolf Lück originally wanted to be a musician and happened to end up on television.

His charitable activities are also worth mentioning: Lück supports, among other things, parents of children with hydrocephalus and/or spina bifida, for which he acts as patron for the “Augenblicke” foundation. Lück is also a sponsor of the Bethel children’s hospice and a founding member of the “Hand in Hand for Africa” association.

For his numerous projects for children in need and his commitment in general, Ingolf Lück was honored with the Order of Merit of the State of North Rhine-Westphalia in 2016.