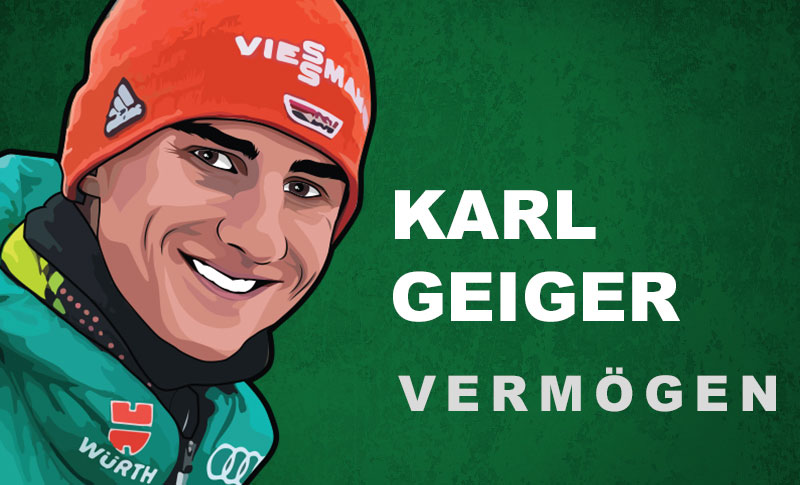 Karl Geiger was born on February 11, 1993 in Oberstdorf. Karl completed his studies in the field of energy and environmental technology at the university in Kempten. He successfully completed this at the end of 2019. 2012/2013 was the season in which he made his World Cup debut. In February 2016 he stood on the podium for the first time in his career. With his team he won the silver medal in the Nations Cup at the 2018 Winter Olympics. The 1.83 meter tall ski jumper weighs just 64 kilograms, is usually friendly and smiles. The original Bavarian has his roots firmly in his hometown of Oberstdorf. He lives with his girlfriend Franziska in their own apartment in their parents’ house. Together they have a daughter. Karl has a nickname in the World Cup circuit. Because of his technical analyzes in team meetings, which now and then get out of hand, he is also called the “engineer”.

The successful ski jumper began his career on the bench, says his mother Ramona. At the age of four he jumped off the stove bench with a friend. Karl Geiger made his first hop on skis at the age of 5, after all he managed seven meters back then. His great role model is Martin Schmitt, the former ski jumping star. When he was successful in 1998 and 20000, Karl was a spectator at the hill. Karl was a ski jumper and Nordic combined athlete until he was twelve. Karl has two siblings, his older sister Verena and his younger sister Lucia. His parents are present at every competition and keep their fingers crossed. As a nature boy, he is not only enthusiastic about ski jumping, paragliding, mountain hiking and mountain biking are among his hobbies.

Like many children in the region around Oberstdorf, Karl Geiger started skiing at an early age. His parents’ apartment was not far from the ski flying and ski jumping hill. The ambitious Karl drew attention to himself at a young age, but also had to cope with some setbacks. In 2014 he was transferred from the A team to the B squad. He had to compete in the second-class Continental Cup, while colleagues from the team attended the Sochi Olympics and returned with the gold medal. Geiger increased slowly but steadily. In 2018, he and his team took silver in Pyeonchang. In December of the same year he won his first World Cup in Engelberg. Another followed in February 2019 when jumping in Willingen. The world champion title followed a little later with his team in Seefeld. Geiger worked on his technique and can rely on his consistency even under pressure.

Karl Geiger’s greatest successes were the silver medal with his team at the 2018 Olympic Games. He also won the gold medal twice in 2019, 1 x gold team and 1 x mixed team as well as the silver medal in 2019. His team won the bronze medal at the World Championships.

This results in 10th place in the overall ranking.

Amazing facts that not everyone knows

Geiger graduated from high school and completed his bachelor’s degree in environmental and energy technology at the University of Kempten. The topic: “Efficient use of energy in grooming and ice vehicles”.

In 2018, Federal President Steinmeier presented him with the Silver Laurel Leaf for the team’s success at the Olympic Games.

His best friend is the ski jumper Eisenbichler, he shares a double room with Karl on business trips. The two are “like ying and yang”.

Karl Geiger is not only a good flyer on skis, one of his hobbies is high – he loves paragliding in Lanzarote or Australia.