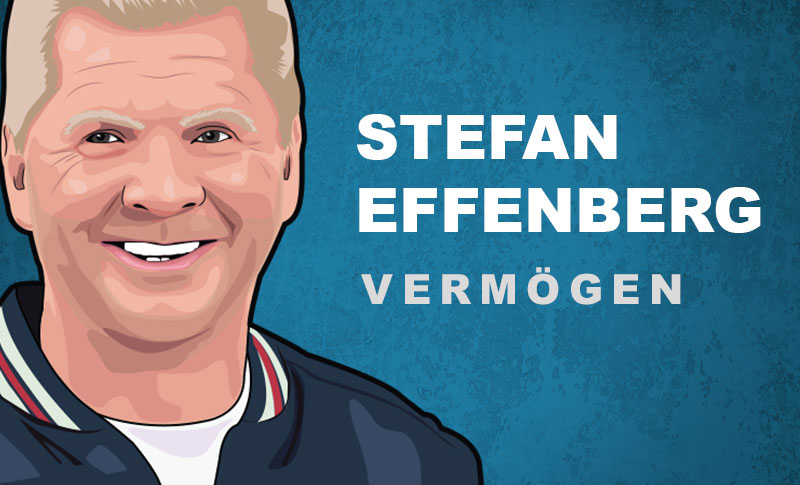 During his active football days in the 1990s, Stefan Effenberg was one of the most dazzling personalities in German football. During his active career, the gifted midfielder not only drew attention to himself through his sporting performances on the soccer field, but also through minor and major scandals off the line, earning himself the reputation of an “enfant terrible” in German soccer.

Effenberg grew up in modest circumstances with two sisters and a brother in Hamburg-Niendorf. His father was a bricklayer and the family lived in a working-class area. Stefan Effenberg was able to free himself from this milieu through football and later immerse himself in the world of glamor and jet sets. Young Stefan started playing football at the age of four. His youth career was rather unremarkable. He first played for SC Victoria Hamburg, then switched to Bramfelder SV and then returned to Victoria Hamburg as a junior. Until then, he had hardly been noticed at sighting tournaments. He was then discovered by Wolf Werner, Jupp Heynckes’ assistant coach, who brought Effenberg to Borussia Mönchengladbach when he was 18. “Effe” then played his first Bundesliga game for Borussia in November 1987 and received a professional contract. Before that he had completed vocational training at the post office.

Effenberg initially played for Borussia for two years and was then brought to Bayern in 1990 by Jupp Heynckes, who was now coaching FC Bayern Munich. This first guest appearance in Munich (a second, much more successful one was to begin in 1998), was not crowned with any great success and so Effenberg left Germany in 1992, quite frustrated, to play for AC Fiorentina in the Italian league. After Florence had to be relegated, Effenberg initially returned to Mönchengladbach in 1994. During this time he achieved his first major sporting triumph when he won the German Cup for the first time with Borussia after beating VfL Wolfsburg 3-0. In the meantime, Bayern had noticed Effenberg again and in 1998 he moved again from Mönchengladbach to Säbener Straße.

Now followed the most successful sporting years for the “Tiger”, as it was now called. As team captain, he led FCB to the German championship three times in a row from 1999 to 2001. In addition, Bayern also won the German Football Cup in 2000, which was Effenberg’s second success in this competition. The crown of his career came in 2001, when Bayern Munich won the Champions League and Effe equalized in the final against Valencia, saving Bayern into extra time and finally winning the penalty shoot-out. In addition, he also won the Intercontinental Cup with Bayern and thus secured the only success on a global level.

Things didn’t go so well for the eccentric midfielder in the German national soccer team. He won 35 caps by 1994 and was then sent home and thrown out of the national team during the World Cup in the United States for pointing his middle finger at some German fans in an obscene gesture. During the heyday of his career, he made a brief but unsuccessful comeback for the national team.

After the time at FC Bayern Munich, Effenberg ended his active football time with VfL Wolfsburg and in Qatar. He then passed his coaching license, but his coaching career was far less successful than the active time. In the 2015/2016 season he coached the second division team Paderborn without much success. In 2019 he took over a managerial position in Uerdingen.

During his career, Effenberg repeatedly drew attention to himself with spectacular off-field actions. Legendary was his angry speech about the unemployed, which culminated in the quote “I would reduce the support to a minimum” and brought him a lot of public criticism. Effenberg’s problem was that he often reacted too impulsively and rarely minced his words in interviews. So he said about himself “I have a damn big problem: I’m always honest.” Effenberg also made a name for itself with a few scandals. He slapped a disco visitor and insulted a police officer during a traffic stop. When he was caught at another traffic stop with 1.07 per mil alcohol, he only said as his own apology, “Everyone has driven with 1.07 per mil.”

Effenberg made the rise from the proletarian environment to the glitz and glamor of professional football. His eccentric, but sometimes hurtful nature was always a guarantee of success for him. He was not only a well-known and celebrated football player, but at the same time always an attractive figure that people were simply interested in. His 115 yellow cards during his time in the Bundesliga are proof that Effenberg always struggled with the last effort and that every means to achieve his goals was right for him. Cheffe Effe gave his reckoning with professional football and the illusory world around the black and white ball with his biography, which was published under the title “I showed it to everyone”.