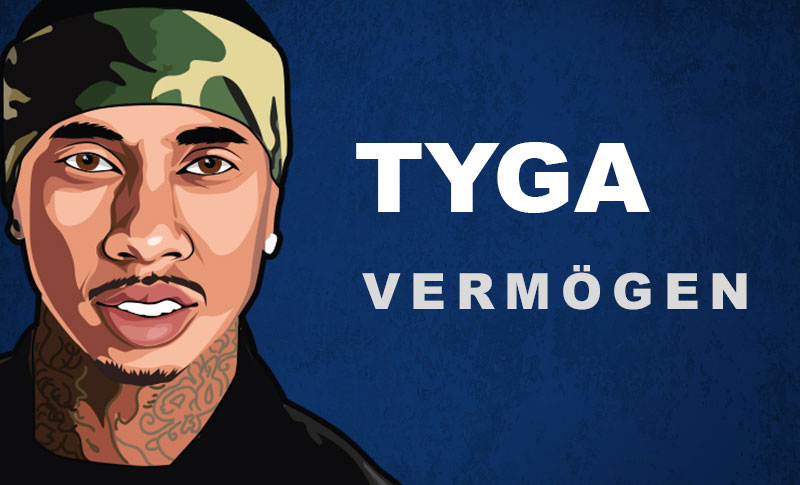 Tyga is an American rapper whose name stands for “Thank You God Always”. He is known for his singles “Rack City”, “Dope” and “For The Road”. His exes include reality TV star Kylie Jenner and model Blac Chyna, with whom he has a son.

Micheal Ray Stevenson “Tyga” was born on November 19, 1989 in Compton, California. Tyga grew up in his birthplace of Compton until he was 12 years old. He then moved to Gardena with his family. Compton and Gardena are both cities in the Los Angeles, California area. He is of Jamaican and Vietnamese descent. Tyga’s childhood was shaped by a low socioeconomic environment.

Inspired by listening to Fabolous, Eminem, Cam’ron, Lil Wayne, and other rappers, Tyga entered rap competitions with friends from school and often posted songs he made up in online chat rooms. His cousin Travis McCoy was a member of the band Gym Class Heroes and introduced him to a lot of music. He toured with the group while putting together underground mixtapes.

His cousin McCoy helped Tyga get his first record deal and shared his music with Fall Out Boy’s Pete Wentz. Wentz signed him to Bat Squad Records, part of his Decaydance label, and produced Tyga’s 2008 debut album No Introduction. He produced a number of mixtapes and singles early in his career that brought him public attention. As a result, he had made a name for himself in the music scene and recorded songs for Young Money Entertainment, Cash Money Records and Republic Records. In late 2008, Tyga signed another record deal with Lil Wayne’s Young Money Entertainment. Tyga’s musical style changed with the release of his second album Careless World: Rise of the Last King in 2012, produced by Young Money Entertainment, Cash Money Records and Universal Republic Records. It contained an excerpt of Martin Luther King Jr.’s “I Have a Dream” speech, which had to be removed from the album prior to release. The album peaked at number 4 on the US Billboard Top 200 and featured guest artists such as T-Pain, Pharrell, Nas, Robin Thicke and J Cole. In 2013 he released his third album “Hotel California”. The album received mixed reviews and has been called “the least creative major-label rap album in recent memory”. The relationship with Young Money soured when his album The Gold Album: 18th Dynasty was not approved by his label, Young Money Entertainment. In September 2016, Kanye West, brother-in-law of his then-girlfriend Kylie Jenner, announced that Tyga would be signed to Kanye’s Good Music label under the auspices of Def Jam Recording. Many saw this as an opportunity for Tyga to re-establish himself in the music world. In 2017, Tyga released his fifth studio album, BitchImTheShit2, the follow-up to his 2011 mixtape, #BitchImTheShit. In 2018 Tyga released his sixth studio album “Kyoto”. The album was met with severe criticism from critics and “Kyoto” became his first album not to chart. Tyga’s seventh album, Legendary, was released in June 2019.

Tyga won the 2012 Much Music Video Award for Much Vibe Hip-Hop Video of the Year with Drake and Lil Wayne. He also received a 2011 Grammy nomination in the Best Rap/Sung Collaboration category for “Deuces.” He was also nominated for the BET Award, the MTV Europe Music Award, the American Music Award and the World Music Award.

“Instead of wiping away your tears, wipe out of your life the people who make you cry.”
“Hate comes from intimidation. Love comes from appreciation.”

When it comes to careers, Tyga has offered the following advice so far: “The best career advice I’ve received is to stay focused and keep going.” and “Don’t listen to anyone”.