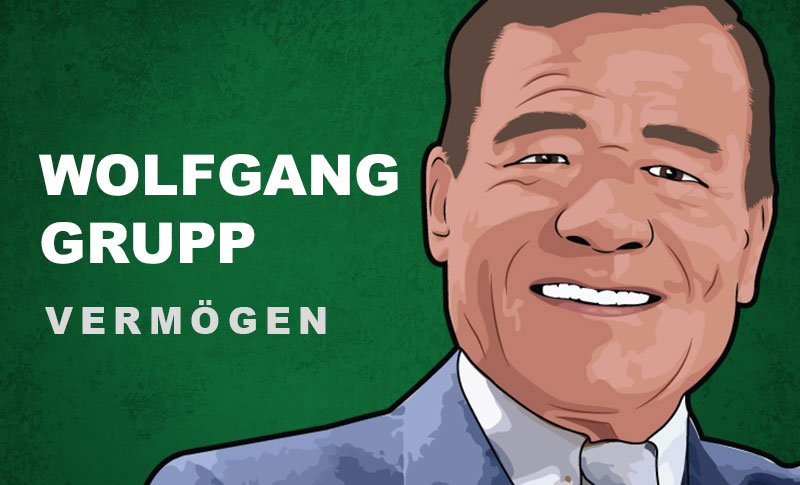 Wolfgang Grupp is an entrepreneur from Germany, owner and managing director in the third generation of the well-known textile company Trigema.

Wolfgang Grupp was born in Burladingen into a conservative Catholic entrepreneurial family. He was a student at the Jesuit College of St. Blasien and passed his Abitur there in 1961. He decided to study business administration at the University of Cologne. After graduating from university with a degree in business administration, he took over the management of his father’s company, Trigema. Trigema was founded by Grupp’s grandfather Josef Mayer and his brother Eugen in 1919 under the name Trikotwarenfabrik Gebr. Mayer KG. Wolfgang Grupp’s father, Franz Grupp, was the managing partner in this company.

When Wolfgang Grupp took over Trigema from his father in 1969, the company was heavily in debt. He analyzed the company structure and decided to go back to the company’s roots. Grupp saw the problem in the high diversification of the product range and scaled it back. Thanks to the restructuring of the company, he was able to increase sales from 8.7 million to 28.1 million in the following six years, thus paying off the company’s debts. This marked the beginning of the company’s upswing. To this day, the company works with 100 percent equity. The Trigema concept is based on innovation and products with a regional and fair production method. Production according to fashion trends, on the other hand, is of secondary importance for the company. Trigema is the only German company that only produces in Germany and has not outsourced any part of the production chain to cheaper countries abroad. The company acted as a pioneer company for the cradle-to-cradle principle more than 10 years ago and expanded the proportion of articles made from organic cotton. This pioneering role allowed Trigema to expand its profile. Furthermore, all textiles are designed in Burladingen, where the company is based, and production is carried out exclusively in Germany. Wolfgang Grupp currently has around 1200 employees. All of its employees earn more than the legal minimum wage and Grupp guarantees all of its employees’ children a job at Trigema that is subject to social security contributions. Trigema’s products can be purchased in its own online shop and in its own Trigema stores. The company also produces to order for corporate customers. Since Grupp took over the company, there have been no short-time work and no redundancies. His two children, Bonita and Wolfgang Junior, both work in leading positions at Trigema. His wife Elisabeth will decide which of the children will lead the company as managing director in the future. In addition to his work as a textile entrepreneur, Grupp is very socially committed. With his wife he founded the “Wolfgang and Elisabeth Grupp Foundation” and supports projects and people in need in his home region of Burladingen. There are several television documentaries about Wolfgang Grupp and his company Trigema.

Wolfgang Grupp’s company is the largest German producer of leisure and sportswear in Germany. In 2019 he received the Federal Cross of Merit, 1st Class, from the Prime Minister of Baden-Württemberg, Winfried Kretschmann, as part of the 100th anniversary of Trigema. In 2005, Wolfgang Grupp received the Cicero Speakers’ Prize in the economics category for his rhetorical skills. Grupp became nationally known through television commercials featuring a chimpanzee, the “Trigema monkey.”

“The fact that we had to introduce a minimum wage in Germany at all is a shame for us entrepreneurs.”

Grupp revealed his secrets of success in an interview:
1. Grupp has reinvented itself and its company again and again and adapted its corporate strategy to the changed market.
2. Grupp pursues fair payment, flexibility and independence in its company.
3. It is not focused on growing its production numbers, but on innovation.
4. Grupp uses itself as a brand ambassador and runs few high-priced marketing campaigns.